Azerbaijan has quietly sold a massive weapons stockpile to the repressive regime of the Republic of the Congo, the Organized Crime and Corruption Reporting Project (OCCRP) reports.

Some of the weapons sales were allegedly used in an anti-militia offensive that affected 140,000 civilians.

Documents obtained by OCCRP show that more than 100 tons of weaponry wound its way to a building that appears to be the headquarters of Congo-Brazzaville’s elite Republican Guard.

According to the source, the cargo, estimated to be worth tens of millions of dollars, was just the latest in a series of at least 17 arms shipments sent by Azerbaijan’s Ministry of Defense to the regime of President Denis Sassou-Nguesso since 2015, according to flight plans, cargo manifests, and weapons inventories obtained by OCCRP.

The latest transfer has sparked opposition concerns that Sassou-Nguesso is prepared to use force if necessary to maintain power as the country’s March 21 election nears.

His well-armed security services are a key reason he has ruled the Central African country for 36 years, split between two separate terms, making him one of the world’s longest-serving leaders. His party looms large over parliament, which recently changed the constitution to allow Sassou-Nguesso to run for office again, sparking local and international condemnation. The move means the 77-year-old could, in theory, run in every election for the rest of his life.

OCCRP has obtained confidential documents showing that in the eight months preceding the March 2016 election, and for over a year after it, Sassou-Nguesso’s security services bought more than 500 tons of arms from Azerbaijan in 16 separate shipments. Just weeks after the vote, the government began a brutal campaign against a militia from an opposition stronghold that lasted for more than a year.Credit: Wikimedia Commons/Amanda Lucidon/White HousePresident Denis Sassou-Nguesso is seen in 2014.

Opposition leaders claim the Republican Guard used the Azerbaijani weapons in that post-election conflict, spurring a humanitarian emergency which the United Nations said affected around 140,000 people in the region of Pool, in the country’s south.

Silk Way is registered in the British Virgin Islands, a tax haven, and was previously linked to the Aliyev family. As well as previously winning lucrative contracts with the U.S. government to move ammunition and other non-lethal materials, Silk Way was found, in leaked correspondence reported by Bulgarian newspaper Trud, to have used flights with diplomatic clearance to secretly move hundreds of tons of weapons around the world, including to global conflict zones, between 2014 and 2017. 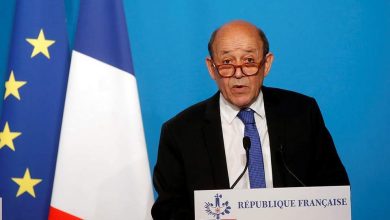 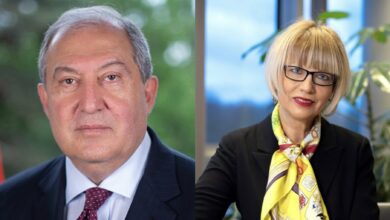 OSCE will continue to be vocal about Armenian POWs: Secretary General responds to President Sarkissian’s letter 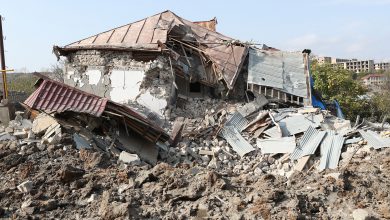 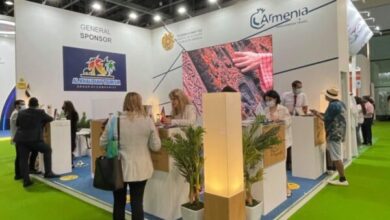 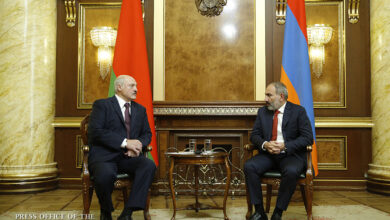 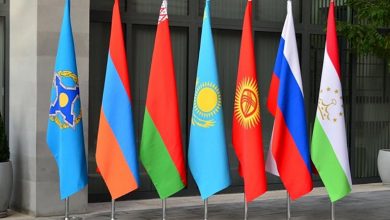