She’s always been the first member of the family to let her hair down, and Khloe Kardashian proved this to be true when she took part in an impromptu dancing lesson during her time in Armenia, according to Daily Mail.

The fun-loving reality TV star recently visited her ancestral home along with her sister Kim, and let loose in front of the locals while her sibling sat defiant at the dinner table.

Kim, 34, looked on as giddy 30-year-old Khloe donned a headband with an ornate red and gold jacket, turning her hand to the traditional dance in the centre of a converted carpet factory. 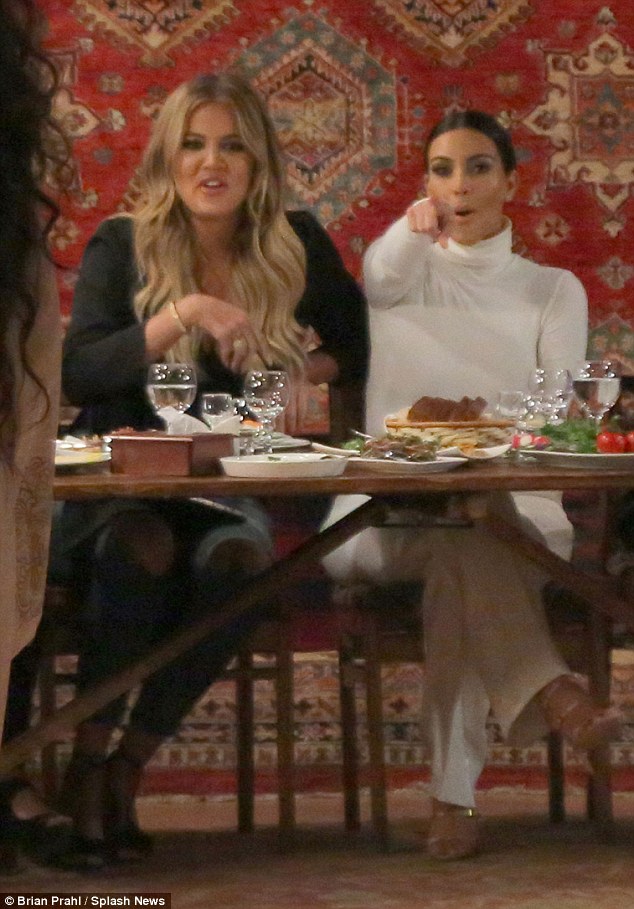 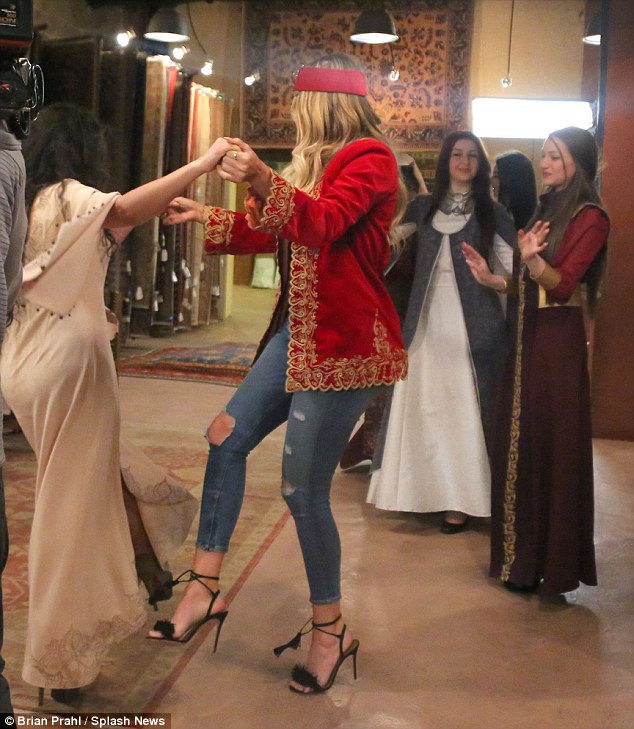 The Kardashian sisters, who had been attending their native Armenia to get more familiar with their heritage, were at first watching the performers while they were entertained at dinner.

Kim was dressed in a pure white ensemble with gold heels and stayed seated at the feast after the pair enjoyed a lavish spread of food on a long table. 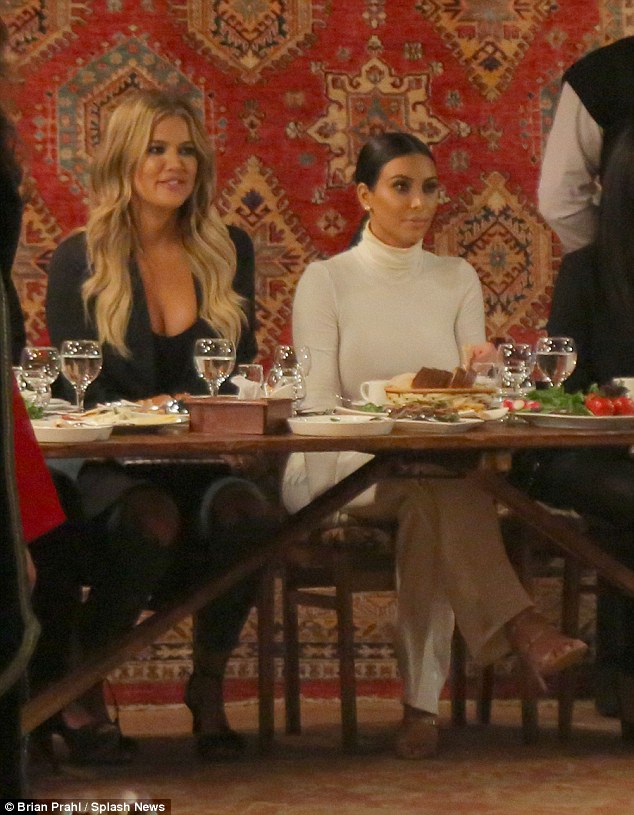 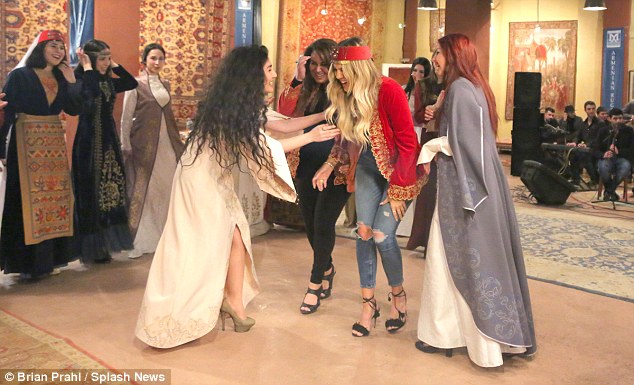 Meanwhile Khloe was more relaxed in ripped jeans and a pair of fluffy stiletto sandals and the party-hard reality TV star no doubt had a few of her own moves to impart.

Kim’s husband Kanye West was absent from the evening, assuming daddy duties instead with their daughter North West.

It was therefore the perfect opportunity for Kim to let her hair down but despite the giggling pair appearing equally engaged in the performance from behind the table, but when it came to taking part, Kim was less than willing to immerse herself.

Later that night, Khloe was still in high spirits and exited in her headband with her jacket tucked under one arm as a souvenir from the vibrant, cultural experience. 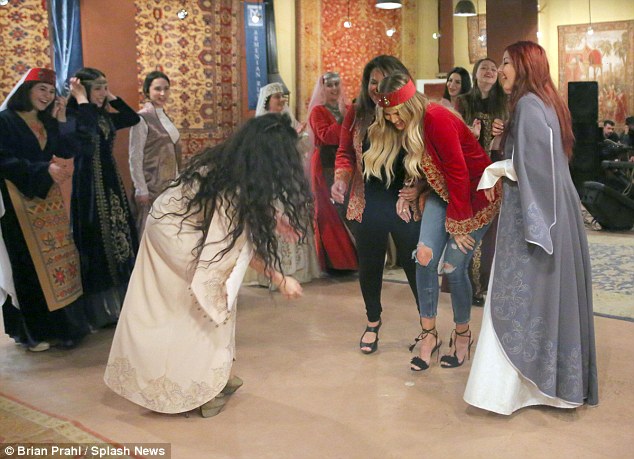 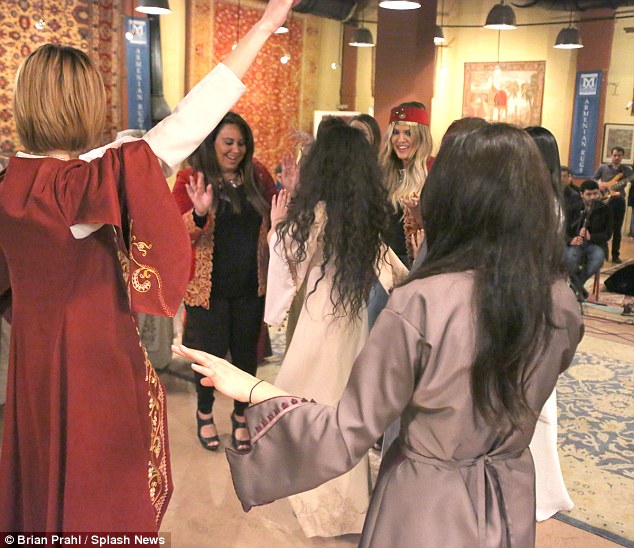 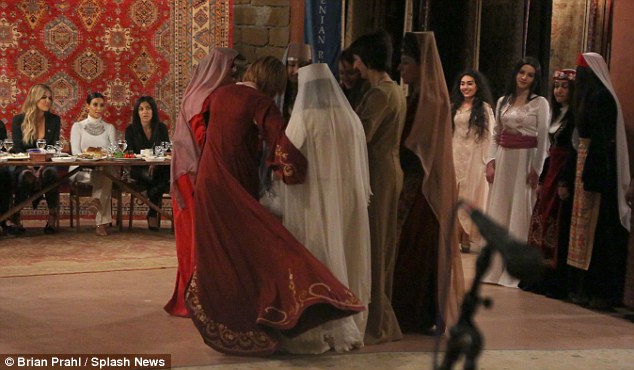 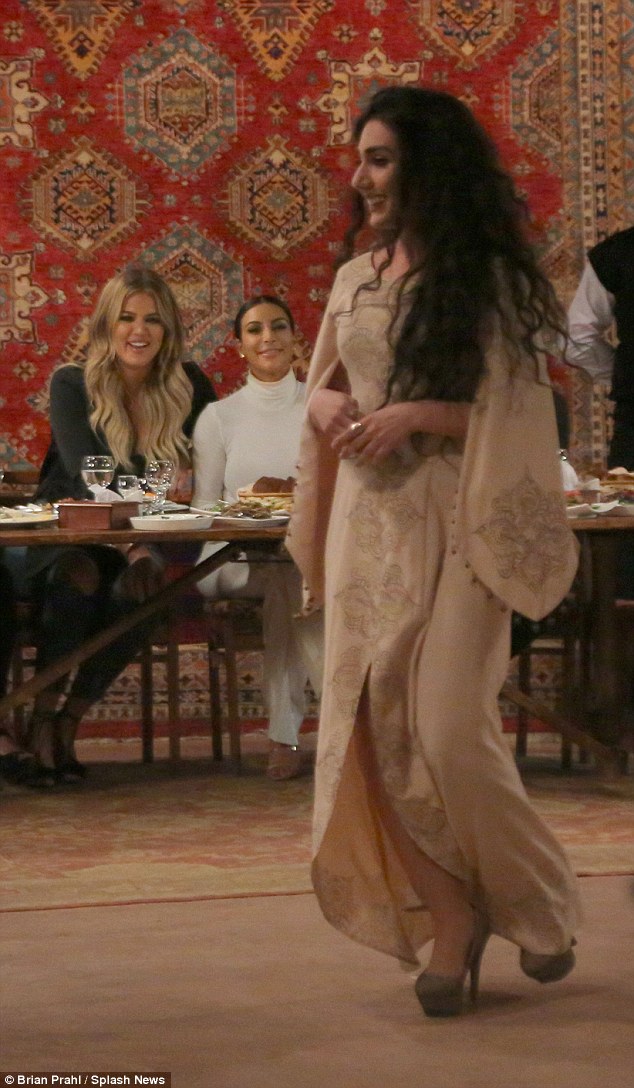 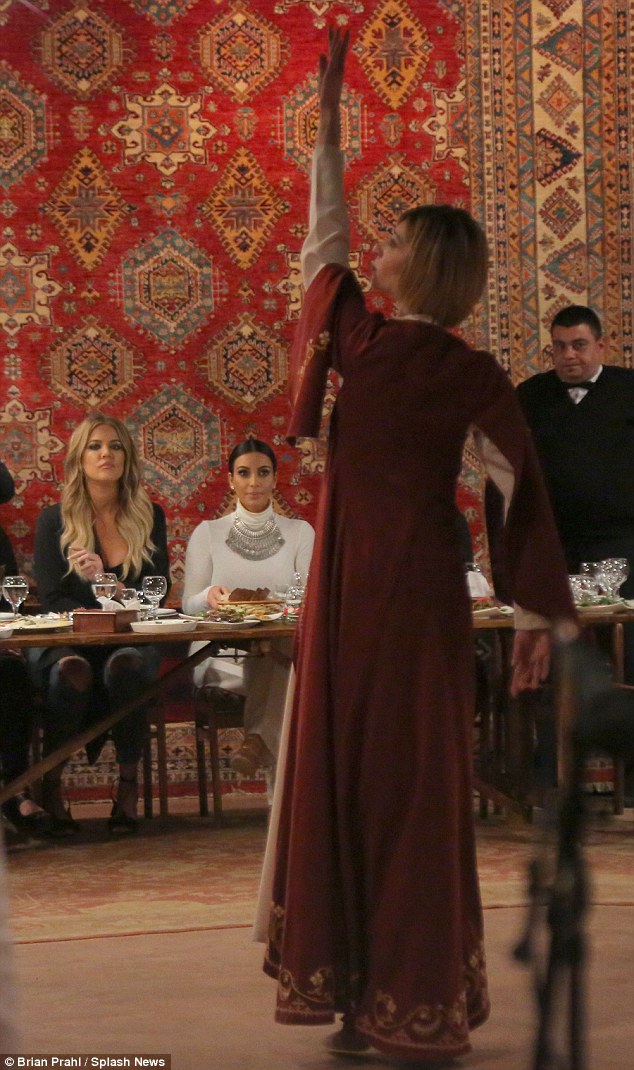 Kim and Khloe’s link to Armenian ancestory comes through their father Robert, a celebrity lawyer, who passed away in 2003 just eight weeks after being diagnosed with cancer.

He raised his children Kim, Khloe, Kourtney and Robert Jr, to know about their Armenian heritage.

His ancestors fled the country during the genocide, thanks to the word of a ‘prophet’ who warned them of a war, imploring them to travel to America and make a new life there.

The feast treat came one day before the family were due to make a pilgrimage to the Holy Land Jerusalem for a private two-day tour.

Part of their trip, thought to include the raucous feast, was filmed for their eponymous Keeping Up With The Kardashians programme, but their time within the cathedral was off camera. 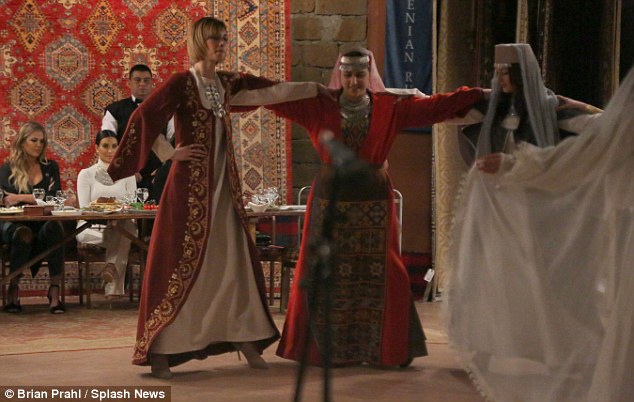 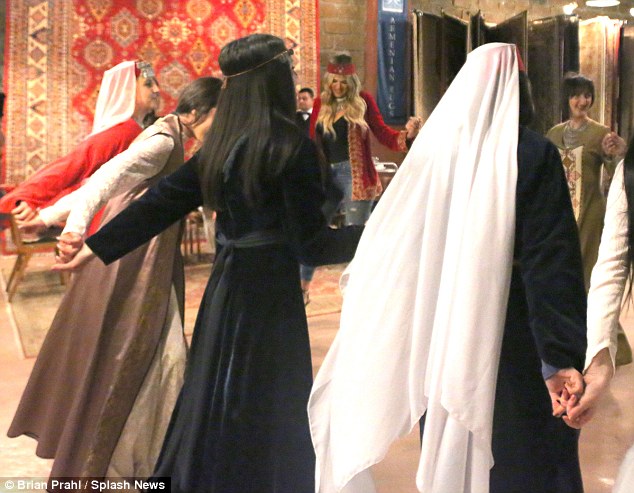 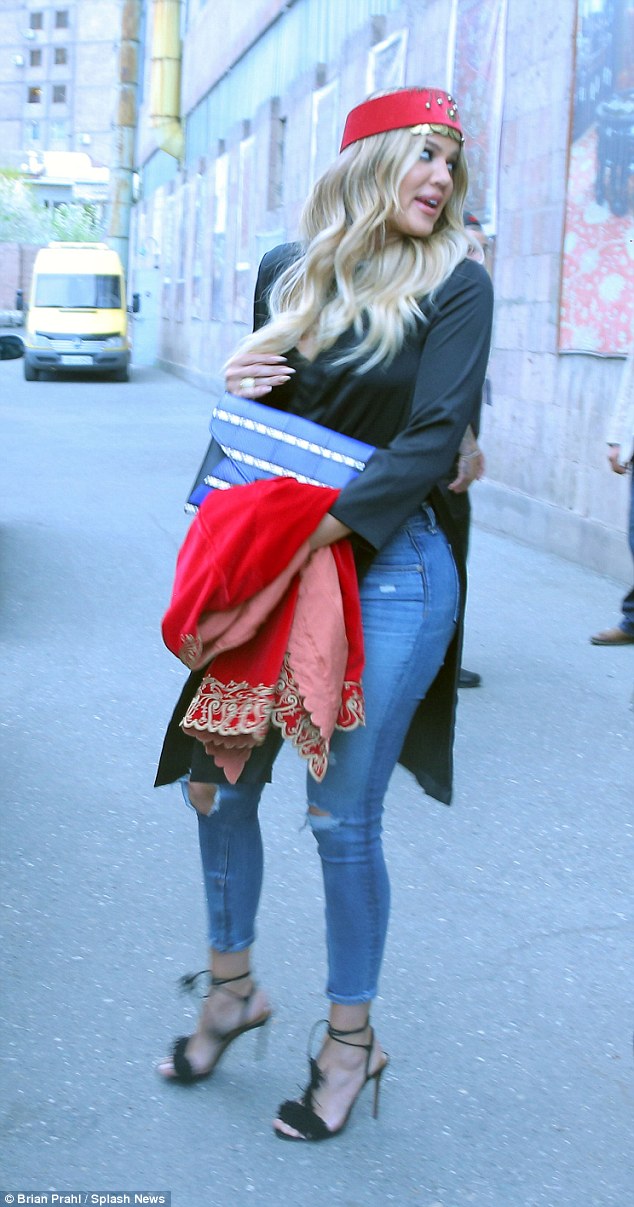