In Defense of Christians (IDC), the Armenian National Committee of America (ANCA) and the Hellenic American Leadership Council (HALC) called on UNESCO to respond to Turkey’s continued threat to violate Hagia Sophia’s status as a UNESCO World Heritage Site and convert the museum into a mosque.

This week, the Erdogan regime targeted Hagia Sophia– or the Church of the Holy Wisdom – as part of its long-time campaign to convert it into a mosque. Built by the Byzantine Emperor Justinian I, the Hagia Sophia served as the seat of the Ecumenical Patriarch.

It was converted into a mosque when Constantinople fell to the Ottoman Empire. Turkey’s first president, Kemal Ataturk, secularized Hagia Sophia and opened it as a museum. In 1985, UNESCO designated the Hagia Sophia – as a component of the Historic Areas of Istanbul– a World Heritage site.

According to Toufic Baaklini, President and Chairman of IDC, “The Hagia Sophia is one of the most historically Christian sites in the world. It should not be used as a political pawn. Turkey continues to deny the genocide it inflicted on its Christian minorities and it continues to further insult its Christian population by threatening to change the status of this historic Christian cathedral.”

“Erdogan’s move to change the status of Hagia Sophia – the signature Christian landmark in Constantinople – both reflects and reinforces Turkey’s century-long drive to erase the vast cultural and religious heritage of Armenians, Greeks, Assyrians and other now-exiled indigenous Christian nations across the territory of modern day Turkey,” said ANCA Executive Director Aram Hamparian.

“This is worse than a political stunt,” said HALC Executive Director Endy Zemenides. “Erdogan and his officials are dog whistling and appealing to a minority that sees Christianity as an enemy. Hagia Sophia is part of all of our heritage, and UNESCO cannot let Turkey use it to divide, especially as Turkey is set to assume the presidency of another UN body this fall.”

IDC, ANCA and HALC will be launching an advocacy initiative in defense of Hagia Sophia’s World Heritage Status next week. 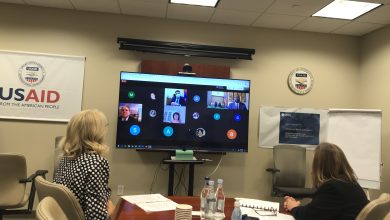 US helps Armenia combat corruption with $1 million in assistance