Recognition of something that you have done wrong is a strength, Armenian President Armen Sarkissian said in an interview with Roger Cohen of The New York Times.

On the Armenian genocide, and Turkey’s denial, Sarkissian said this: “Recognition of something that you have done wrong in ordinary life, in your family, with your friends, recognition is a strength. It’s not a weakness,” President Sarkissian said.

“If you take Turkey recognizing the Armenian genocide, that will also be recognition of the fact Turkey is on its way to become a tolerant state,” he added.

Armen Sarkissian also said that old systems would not work. “We are living in a quantum world because more than half of life is virtual,” he said.

The notion of democracies functioning through elections every few years is outdated. He called Armenia “one of the first labs” to find new “rules or behavior” for a world where every individual has a voice that “is exercised and expressed daily.”

The more Turkey tries to deny the truth, the more it finds its way out, Armenian Amb. says

102 more beds available for treatment of Covid-19 in Armenia 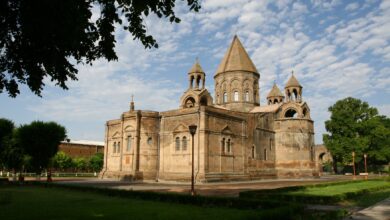