The President of Ukraine and the opposition reached a deal Friday on an agreement they hope will lead out of the deepening and increasingly bloody political crisis in the country, RIA Novosti reports.

The presidential administration said an agreement was forged after a night of negotiations overseen by a group of EU envoys, lawmakers and a Kremlin-appointed mediator.

Signing of the roadmap deal has been scheduled for 12 p.m. local time (1000 GMT), the presidential administration said, without providing details.

Fighting between radical anti-government protesters and police has claimed at least 77 lives over three days. Opposition medics have put the estimate higher. 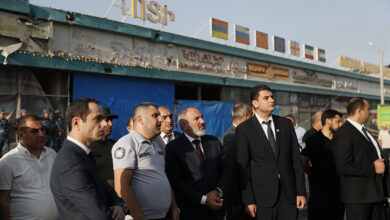