She is calling for Turkish President Recep Tayyip Erdogan’s security men to be denied entry to the United States — or expelled — for beating U.S. citizens after his last visit to the White House.

Wyoming Rep. Liz Cheney, chairwoman of the House Republican Caucus, wrote Monday to Secretary of State Mike Pompeo that those involved in 2017 attacks should be barred from returning this week, or “immediately expelled.”

Shortly after meeting with Trump two years ago, Erdogan appeared to relay a command and watched as his guards broke through a D.C. police line to attack a small group of people chanting against him. The men kicked senior citizens in the head and choked a woman.

Fifteen of Erdogan’s guards were criminally charged for attacking Americans in Washington in May 2017. The guards were allowed to flee, but two Turkish-American collaborators were sentenced to one year in prison.

“This behavior is sadly routine for President Erdogan on Turkish soil,” Cheney wrote in a letter.

“It is wrong and disturbing there, and it is an affront to American values and entirely unwelcome here. The Erdogan regime’s use of violence against innocent civilians anywhere is inhumane, uncivilized, and unacceptable,” she continued.

Turkey’s President Recep Tayyip Erdogan will be met by protests, as he arrives in Washington on Wednesday to discuss with Trump the ongoing situation in northern Syria as well as other issues that have soured relations between the two allies.

The protesters will gather at Lafayette Park across the White House.

The Armenian National Committee of America has teamed up with Greek-American, Assyrian/Chaldean/Syriac-American, Kurdish-American, Arab-American and other human rights groups for the protest on Wednesday. 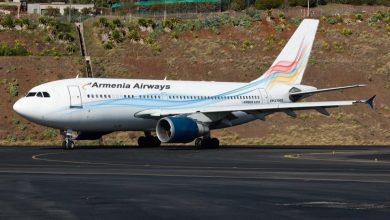