Referring to the statement of the Armenian prime Minister, the Russsian And Azerbaijani Presidents, she said “there is no word about that in the published text.”

She also refuted reports claiming that some villages in Tavush region would be handed over to Azerbaijan.

The Spokesperson urged not to give in to provocations and asked media outlets not to try to distort the facts.

“The document has been officially published and you can get see it yourself,” Gevorgyan said. 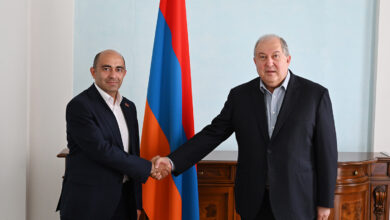