Two resolutions in the U.S. House of Representatives, H.Res.452 and H.Res.190 regarding U.S.-Armenia and U.S.-Artsakh relations, continue to garner support, reported the Armenian Assembly of America (Assembly). Both resolutions were introduced by Representative Frank Pallone, Jr. (D-NJ), Congressional Caucus on Armenian Issues Co-Chair, along with fellow leaders of the Armenian Caucus.

H.Res.452 has bipartisan support with 47 cosponsors with three additional cosponsors joining in recent weeks: Reps. Josh Gottheimer (D-NJ), Scott Peters (D-CA), and Dina Titus (D-NV). H.Res.452 celebrates a century of United States-Armenia relations, the enduring friendship of the American and Armenian peoples, the strong bonds between the two governments, and the wide array of contributions that Americans of Armenian heritage continue to make in the United States.

H.Res.190 enjoys the support of 31 Members of Congress, with its most recent cosponsors, Reps. Josh Gottheimer (D-NJ) and Lori Trahan (D-MA), joining in the last two months. H.Res.190 encourages: 1) visits and communication between officials from the United States and Artsakh at all levels; 2) open communication, meetings, and other direct contacts between officials of Artsakh and the executive and legislative branches of the United States Government, representatives of state and local governments, and representatives of American civil society; and 3) calls for the full and direct participation of the democratically-elected Government of the Republic of Artsakh in all OSCE and other negotiations regarding its future.

“We thank the Members of Congress for their support as we continue to advance U.S.-Armenia, U.S.-Artsakh relations,” stated Congressional Relations Director Mariam Khaloyan. “We call upon our grassroots activists to contact their respective Members of Congress to cosponsor these resolutions, and urge the House of Representatives to adopt them,” added Khaloyan. 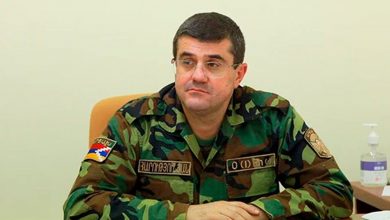