Nobel Arustamyan, a football commentator for the Russian Match TV channel, has been denied accreditation for Euro 2020, his colleague Vasily Utkin informs.

“If there is bestial injustice in the world, then here it is. Nobel Arustamyan actually does not work for the Euro. He is not accredited. Nobel is NOT ACCREDITED!!!” Utkin said in a Telegram post.

The accreditation must be approved by the organizing committees in all countries.

“It is clear that Nobel would not have gone to work in Azerbaijan. Now he will not go to London or Amsterdam,” Utkin said.

Nobel Arusatamyan is of Armenian descent.

The European Championship will be held from June 11 to July 11. Baku is among the 12 European cities to host the tournament along with London, Munich, St. Petersburg, Sicily, Rome, Bucharest, Dublin, Copenhagen, Glasgow, Budapest and Amsterdam. 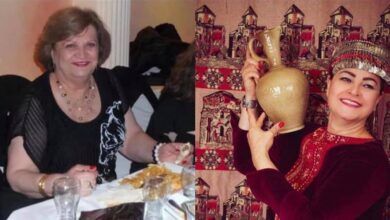