Asked whether Russia plans to provide another batch of S-400 system to Turkey, Peskov said, “We have certain understanding with our Turkish partners, and we hope so. We hope so, yes.”

Peskov was then asked what Moscow’s specific interest was in providing Turkey with S-400 missile systems despite the US sanctions.

“Our policy is to be open for cooperation with various countries, especially our partners. This kind of cooperation between Russia and Turkey should not be a threat for any country, especially for Greece, because the system is not offensive, it is defensive. 100% defensive,” he assured.

Peskov was interviewed by the television channel in the run-up to Russian President Vladimir Putin’s meeting with Greek Prime Minister Kyriakos Mitsotakis in Sochi.

Moscow and Ankara inked a deal in 2017 on the delivery of Russian-made S-400 air defense system to Turkey, thereby making it the first NATO member to purchase this air defense missile system from Russia.

Ankara’s decision to purchase the Russian-made system infuriated the United States and NATO. Washington responded by excluding Ankara from the US program of developing the fifth-generation F-35 fighter-bomber.

Turkish President Erdogan vowed in October 2020 that Ankara was not going to give up the S-400 system, despite Washington’s pressure.

Russia’s S-400 ‘Triumf’ (NATO reporting name: SA-21 Growler) is the latest long-and medium-range surface-to-air missile system that went into service in 2007. It is designed to destroy aircraft, cruise and ballistic missiles, and can also be used against ground installations. The S-400 can engage targets at a distance of up to 400 km and at an altitude of up to 30 km under intensive enemy fire and jamming. 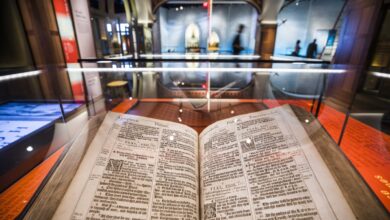 Museum of the Bible to celebrate Armenian culture