In a letter dated 11 November, 2020, the Republic of Armenia addressed the Republic of Azerbaijan noting that the actions and policies adopted during the last decades are in gross violation of the 1965 International Convention on the Elimination of All Forms of Racial Discrimination.

Among other things, Armenia urgently called on Azerbaijan to cease its discriminatory practices and other continuous violations with regard to Armenia and ethnic Armenians, including but not limited to:

– permitting public authorities or public institutions to promote or incite racial discrimination with respect to Armenians;

– discriminatory deprivation of the individual rights of ethnic Armenians, such as the right to security of person, the right to property, and the rights to access and enjoy cultural heritage;

– failure to provide ethnic Armenians with effective protection and remedies through competent national tribunals and other State institutions;

– and engaging in the practice of ethnic cleansing against Armenians.

Should the Government of Azerbaijan reject Armenia’s invitation or fail to respond to it within the fixed timeframe, Armenia reserves its right to seek to settle this legal dispute in accordance with the procedure set forth in the Convention. 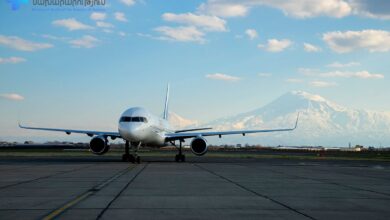