Azerbaijan’s President Ilham Aliyev claims the two attack on Shushi’s Ghazanchetsots Church were “either a mistake by the Azerbaijani artillery or a deliberate provocation by Armenians themselves.”

Asked whether they could have been mistaken twice in the same day, Aliyev says: “Why not?”

Speaking to BBC’s Orla Guerin, Aliyev denied any wrongdoing and described the indiscriminate shelling of civilians and use of cluster munities documented by journalists and human rights organizations as “fake news.”

While Orla Guerin cites BBC correspondents having witnessed an filmed random shelling of Stepanakert, and drones flying over the city, the Azerbaijani President says “I doubt this witnessing. That can be fake news, because of the biased approach to the conflict, because of black propaganda against Azerbaijan in international media.”

Asked why Azerbaijan is using cluster munition against civilians, a fact documents by the Human Rights Watch and Amnesty International, Aliyev says: “We are not using them. This is also a fake news. It is Armenia using cluster bombs.”

“So everything is fake news,” the host says.

“Of course,” Ilham Aliyev responds. “Why not. We are facing these fake news for decades.” 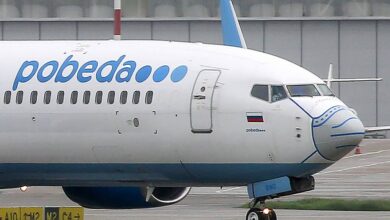