Foreign Minister of Armenia Zohrab Mnatsakanyan and US Secretary of State Mike Pompeo held a meeting at the US Department of State.

The situation in Artsakh due to the large-scale Azerbaijani aggression was at the center of the discussion.

Minister Mnatsakanyan informed the US Secretary of State about the war crimes committed by the Azerbaijani Armed Forces during the hostilities, which are manifested by deliberate targeting of the civilian population of Artsakh, degrading treatment of civilians, prisoners of war, beheadings and killings.

Secretary of State Pompeo offered his condolences to the victims.

The Armenian Foreign Minister emphasized that this aggression of the Azerbaijani side is taking place with the direct involvement of Turkey, which is expressed by the direct military-technical support by the latter with the introduction of armed terrorists in the region.

According to Minister Mnatsakanyan, Azerbaijan’s decision to become a zone of influence of Turkey and international terrorism is a serious threat to regional security.

Minister Mnatsakanyan noted that the violation of the ceasefire agreements by Azerbaijan and the continuation of hostilities against the people of Artsakh once again demonstrate Azerbaijan’s goal of resolving the issue by military means.

Both sides reaffirmed the need to implement the agreements reached on the immediate ceasefire in the Nagorno-Karabakh conflict zone, as well as the need to continue the peace process within the framework of the OSCE Minsk Group Co-Chairs.

Azerbaijan artificially delays the process of exchange of PoWs: An urgent call from Armenia’s Ombudsman 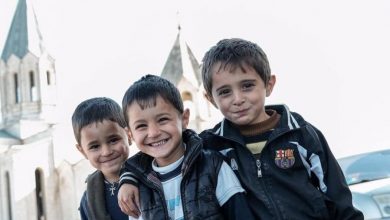