Turkey’s continued denial of both its past and present crimes against humanity proves that it is an insecure state, System Of A Down frontman Serj Tankian writes in a piece for NewEurope.

According to him, the recent passing of House Resolution 296 has highlighted the almost unbelievable roller coaster dynamics of Turkey’s relationship with its NATO allies.

The Armenian Genocide has for decades been used by Turkey as political capital against well-known democracies around the world, Tankian writes.

The result, he says “has been an absolute disaster, hindering Turkish democracy, and helping to silence all those struggling for an egalitarian, secular state there.”

“Armenians around the world were devastated to witness Turkey’s bombing of Kurdish forces and civilians in Syria. It was like experiencing PTSD from a 100+-year-old genocide,” Tankian continues.

“As Armenian-Americans, we have fought for recognition of the genocide for many years. We will continue to fight for a Senate resolution of the same kind in the coming days and months. The importance of such resolutions is to finally make it clear to Turkey that there is a price to pay for genocide denial, for continuing to act with impunity against its own minorities and activists and to shed international laws,” the musician writes.

Serj Tankian believes the Armenian Genocide should serve as an important historical lesson to all. According to him, unpunished crimes against humanity that are ignored for economic or political gain by the international community will eventually lead to global disorder. 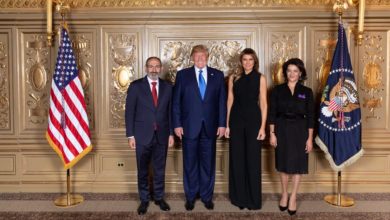 Statue of Jesus in Rio painted with colors of Armenian flag