The Foreign Ministers of Armenia and Azerbaijan could meet in Bratislava in December, Russian Co-Chair of the OSCE Minsk Group Igor Popov told reporters after the meeting with Artsakh’s President Bako Sahakyan, Artsakhpress reports.

“If the foreign ministers of the two countries agree, we assume that the meeting could be held in December as part of a forum in Bratislava. With the consent of the parties we are ready to organize this meeting,” Popov said.

Speaking about the meeting with Bako Sahakyan, the diplomat said: “We presented our approaches and vision on the humanitarian issues that were discussed between the Prime Minister of Armenia and the President of Azerbaijan at the last meeting in Vienna.”

“We touched upon the exchange of visits of journalists, as well as the issues of detainees. In this regard, we have several ideas, work in that direction is under way,” Popov added.

He said the issue has recently been discussed with the head of the ICRC, Peter Maurer in Geneva. 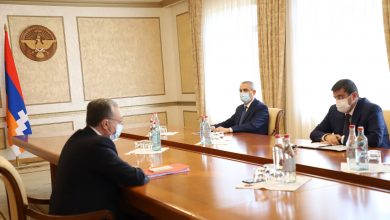 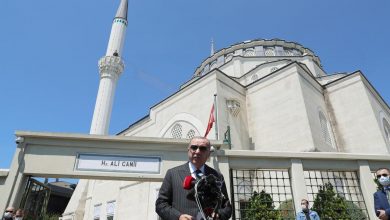