This Wednesday, Armenia and Catalonia will take center stage at the 2018 Smithsonian Folklife Festival in Washington, D.C. The Festival, which will run from June 27 to July 1 and July 4 to 8 on the National Mall, will feature over 170 participants from Armenia and the Armenian diaspora, including artisans, designers, musicians, cooks, winemakers, and performers.

During the ten-day event that annually draws millions of visitors on site and online from across the United States and around the world, the Smithsonian and Armenian partners will present the “Armenia: Creating Home” program, showcasing the country’s food and artisan craft and highlighting how Armenian communities integrate heritage into their own strategies for economic and cultural sustainability.

The President of Armenia, Armen Sarkissian, the Armenian Minister of Culture, Lilit Makunts, the U.S. Ambassador to Armenia, Richard Mills, the USAID Armenia Mission Director, Deborah Grieser, the Ambassador of Armenia to the United States, Grigor Hovhannisian, and representatives from the Government of Armenia, U.S. Department of State, USAID, and Armenian-American diaspora organizations will be in attendance at the Folklife Opening Ceremony on June 28. Ambassador Mills, Ambassador Hovhannisian, and Ms. Grieser will also participate in the Smithsonian’s public discussions on cultural diplomacy and cultural tourism on June 28 and 30.

Armenia is the first country in the Caucasus region to be featured at the renowned festival in the heart of the U.S. capital. Visitors to the Armenia program will be able to learn how to cook lavash flatbread in tonir (a clay oven), make cheese and gata, and grill khorovats (barbecued meats). Along with tasting wine, observing and trying their hand at baking, dancing, weaving, and carving, visitors will also be able to virtually explore two of Armenia’s most prominent historical sites – the Areni-1 Cave housing a 6,100-year-old winery and the 13th century Noravank Monastery – thanks to the 3D imagery that was developed by the Smithsonian and CyArk with USAID support.

Apart from interactive demonstrations and workshops in Hyurasenyak (living room), Hatsatoun (bakery), Hazarashen (traditional structure), and Kenats Tsar (tree of life), the Armenian display at the festival also includes a “Smithsonian in Armenia” tent, which will highlight the work done through the My Armenia cultural heritage tourism program – a unique partnership between USAID and the Smithsonian Institution to promote sustainable rural development while preserving the country’s rich cultural heritage.

As part of its tourism promotional efforts, My Armenia will also organize three business-to-business meetings in Boston, New York City, and Washington, D.C. on the sidelines of the 2018 Folklife Festival. In each city, five Armenian inbound tour operators and hospitality businesses will meet with 12 representatives of the American tourism industry and related organizations. These meetings, which will feature press meetings, keynote presentations and networking events, are aimed at boosting Armenia as an attractive cultural heritage tourism destination, creating business linkages and, ultimately, increasing the number of tourists from the U.S. to Armenia.

The “Armenia: Creating Home” program partners include the Institute of Archaeology and Ethnography of the National Academy of Sciences of Armenia, the My Armenia Program, the U.S. Embassy in Armenia, and the Embassy of Armenia to the United States of America. 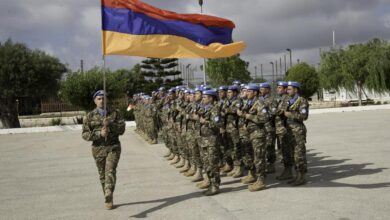