Iranian and Armenian diplomatic delegations convened the 11th joint consular meeting in Armenia to explore avenues for stronger cooperation after the removal of mutual visa regime.

Co-chaired by director generals of consular affairs at Iranian and Armenian foreign ministries and attended by Iran’s ambassador to Yerevan, the meeting was focused on the ways to strengthen bilateral trade ties, stimulate joint investment and boost tourism industry against a backdrop of the visa removal.

At the conclusion of the periodic meeting, the two sides signed a new MoU on consular cooperation.

In August 2016, visa requirements for Iranian and Armenian citizens visiting the other country were lifted.

Later in December, in a high-profile meeting in Yerevan attended by the presidents of the two countries, ranking officials from Iran and Armenia signed five documents, including an agreement on using a joint border crossing linking Iran’s Norduz to Armenia’s Meghri. 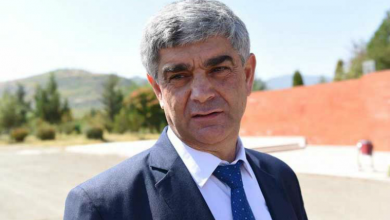