The Armenian government has approved the President’s draft degree on the opening of a Consulate General in Dubai, considering the progress in the relations and multilateral cooperation between Armenia and the countries of the Gulf.

Dubai is currently one of the most important commercial-economic centers of the world.

According to estimates, about 2,500-3,000 citizens of the Republic of Armenia currently reside in the United Arab Emirates.

Along with the diplomatic services, the opening of the Consulate General will allow to launch activity targeted at the deepening and development of trade-economic ties and investment projects.

Pashinyan, Putin to meet in Bishkek 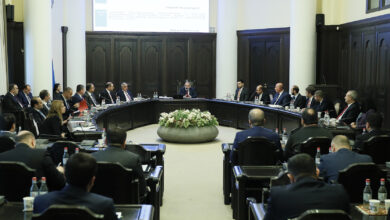