The Syrian Armed Forces were able to liberate this strategic site in western Deir Ezzor after repelling the Islamic State’s offensive at the Panorama Checkpoint. As a result of ISIS’ failed offensive at the Panorama Checkpoint, the Syrian Armed Forces took the opportunity to strike back against the terrorist group and recapture the Armenian Cemetery.

According to Yarob Zahreddine of the 104th Airborne Brigade, the Syrian Armed Forces killed several ISIS terrorists during the battle for the Armenian Cemetery, including several foreign terrorists from North Africa. 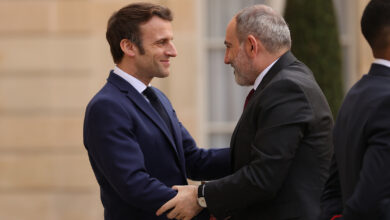