The members of the OSCE Troika discussed recent developments in the OSCE region, including the situation in Ukraine and the Nagorno-Karabakh conflict zone. They also focused on issues of migration, the fight against terrorism and economic connectivity. They underlined the important role the OSCE is playing as a regional security organization and stressed the need to provide it with sufficient operational capacities and financial resources to address the challenges to European security.

In reaction to the recent escalation in the Nagorno Karabakh conflict, the members of the OSCE Troika urged the sides to end all violence, to strictly adhere to the ceasefire, and underlined that there can be no military solution to the conflict. They agreed that de-escalation and stepping up the political process are paramount. They welcomed the joint statement issued by the Minsk Group on April 5 and underlined their continuous support for the efforts of the Group and its Co-Chairs. They will continue to follow developments on the ground closely and to promote the political process. 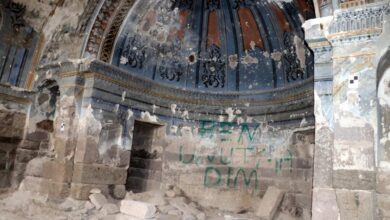