BBC News – Twenty-five years ago a new church was consecrated in the town of Deir al-Zour in eastern Syria, dedicated to the Armenians killed en masse in 1915. Ironically the building erected in memory of the victims of violence has now been destroyed by bombs.

In the basement of the Armenian Martyrs’ Memorial Church in Deir al-Zour lay a shrine – a sunken area filled with sand, and laid on top, a pile of human remains.

“I was so shocked. I just stood and looked at the bones,” says British-Armenian writer Nouritza Matossian, who visited the church in 2001.

“Everybody was hushed, it was silent in there. We were all lost in our thoughts. It was really quite an isolated moment. It wasn’t pulling at you to cry or weep. It was just very simple and dignified and noble.” 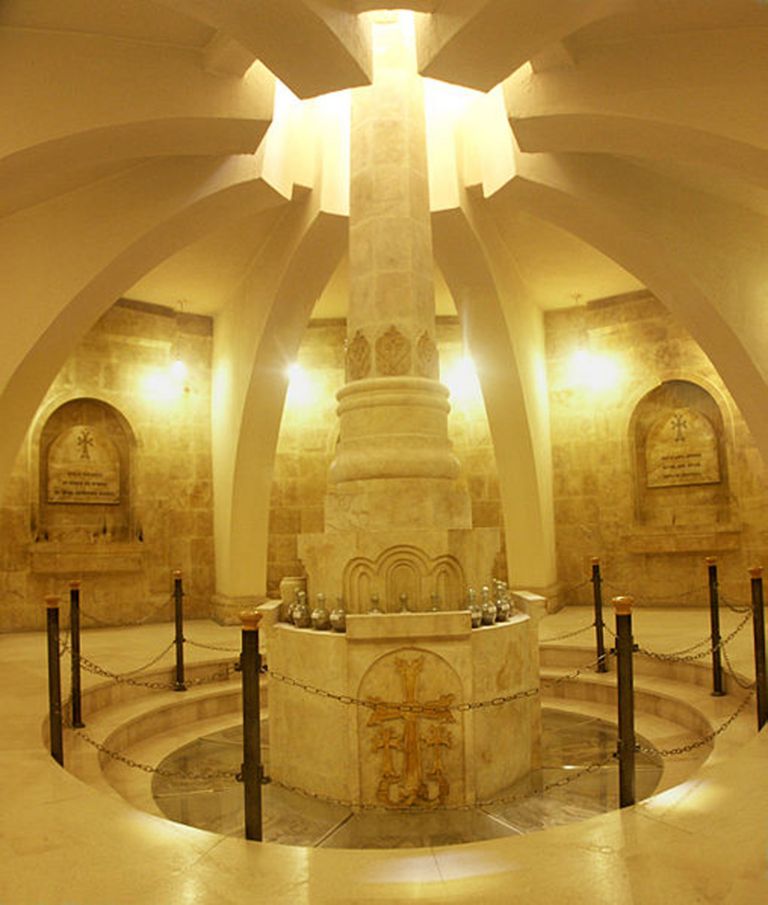 A stone pillar rose up through the ceiling, into the church and up to the roof.

“I looked at this beautiful shrine and I thought, ‘What an amazing idea to have taken this column which was like a tree, rooted in the ground, and take it right up through the body of the church, right up into the cupola and up into the sky,'” she says.

It was not an old building – the Syrian government had approved its construction in the 1980s and it was consecrated in 1991 in memory of Armenians who died in 1915.

Matossian’s ancestors were among those caught up in the events a century ago. As the Ottoman Empire crumbled, hundreds of thousands of Armenians, mainly from eastern Anatolia, were rounded up and sent hundreds of miles away across the Syrian Desert.

Some were forced to walk, while others were taken in trains and caravans to the city of Deir al-Zour. 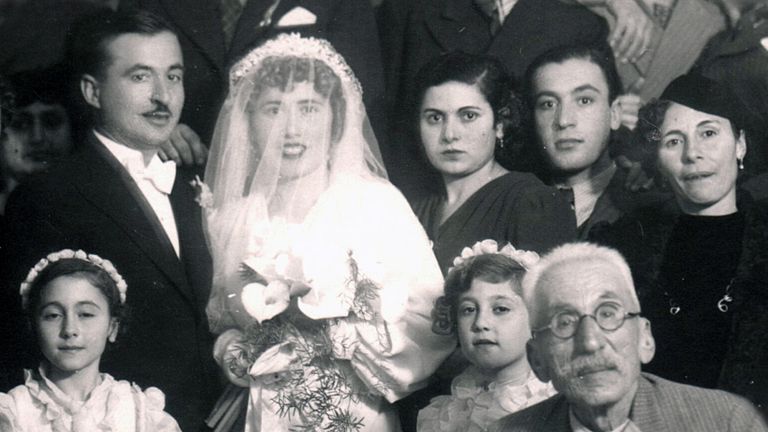 Matossian’s grandfather, Hovhannes, had already left Antep – now Gaziantep in Turkey – after an outbreak of violence in the 1890s. Although he had moved to Cyprus, the rest of his family stayed behind and were eventually deported.

They were “driven across these deserts starving, without water, stripped naked, their clothes were torn off their backs everything was taken from them,” says Matossian.

“Deir al- Zour was the end of the road, it was the last Ottoman outpost into the desert in the eastern part of Syria,” says Heghnar Watenpaugh, a Lebanese-Armenian historian at the University of California, Davis. “Beyond that there’s really nothing, no settlements.

“Very few people made it there, and once they made it they were killed outright, or just succumbed to disease and starvation.”

In 2014, it was blown up during fighting between the so-called Islamic State group and the al-Qaeda-affiliated al-Nusra Front. The central church of the complex was almost completely demolished.

“It’s a very dark moment in our life, in our history. I never thought this could be repeated,” says Matossian.

“It’s a very dark moment in our life, in our history. I never thought this could be repeated,” says Matossian. 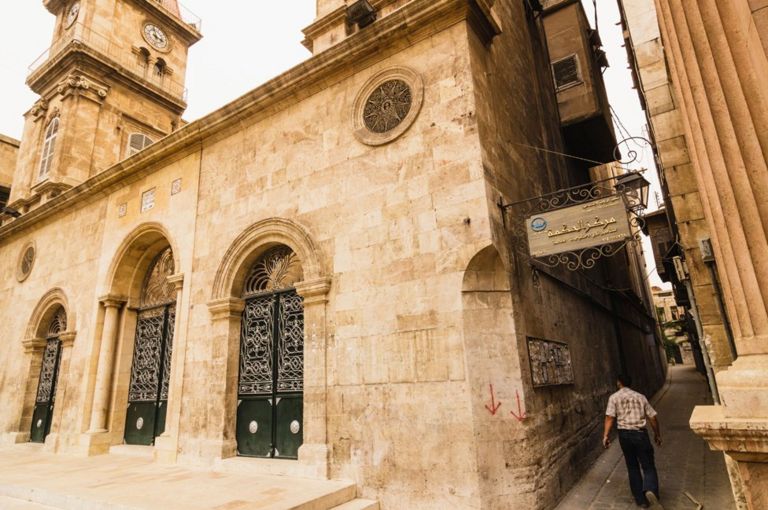 Before the Syrian civil war, there were an estimated 100,000 ethnic Armenians in Syria – most of them descendants of those who survived the deportations. There were small communities in cities across the country but the majority, more than 60,000, settled in Aleppo.

For many of them Aleppo “is like a sacred word, a magical incantation,” says Watenpaugh. “All of our families went through Aleppo at some point during the deportations. For some, it was a place where salvation was possible, where you could bribe your way out of the deportation or find some way to escape.”

She says Armenian women were often taken by Bedouin families, sometimes willingly and sometimes by force.

“They became part of extended Bedouin households and the concubines or wives of various Bedouin men.

“Today, when Bedouin come to Aleppo on business and go to a store run by an Armenian they will often call the Armenians of Aleppo khalo – brother of my mother. That’s because there is this very strong connection between the Bedouin who know that their mothers or grandmothers were Armenians.”

Nouritza Matossian’s great-aunt was one of the Armenian women picked up by local Bedouin. Years later, she was spotted in Aleppo. 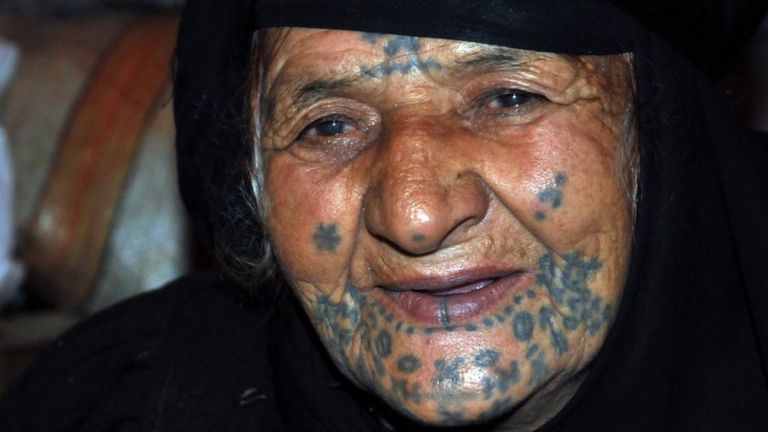 “Our relations saw her in the bazaar, and they recognised her, they called out her name – Berjouhi,” says Matossian.

“She recognized them but there were children with her, and she swept up her children and disappeared into the crowd. She was married or she was living with these people and she didn’t want to leave her children behind.

“Her face was covered in tattoos. In order to assimilate them, the Bedouin made them change their religion, and they tattooed their women – it was a sort of tribal thing.”

Deir al-Zour made a deep impression on Matossian and she returned to the city in 2007.

She bought a small box there inside is a tiny cross made of olive wood, two ears of wheat, two little candles, incense, and a tube of soil.

“The priest told me that that is the earth of Deir al-Zour. Some people take earth from where they’re born and they spread it on their grave when they die. This soil has that significance,” she says.

“I always keep this box within eyesight, on my desk. I never expected that one day I would be looking at this box and that church would be gone, destroyed. It’s very hard to accept.”