Lebanese magazine Audio Kultur has released a limited-edition version its April issue and a series of posters printed using blood to commemorate the mass killing of Armenians in 1915, De Zeen reports. The Still Here, Still Bleeding project was produced to coincide with the 100th anniversary of the arrest and subsequent execution of approximately 250 Armenian intellectuals and community leaders in Constantinople (Istanbul) by the Ottoman government on 24 April 1915.

This event was the beginning of a massacre that resulted in the killing of an estimated 1-1.5 million minority Armenian men, women and children in the Ottoman Empire – present-day Turkey – during the first world war. Lebanon has one of the highest Armenian populations in the world, so Beirut-based independent magazine Audio Kultur conceived the project to honour those who died and to celebrate those who survived.

“The idea was not only to commemorate the 100-year anniversary of the Armenian genocide, but also to celebrate the vast contribution that Armenians have made on the cultural landscape of the Middle East and beyond,” editor-in-chief Tres Colacion told Dezeen. 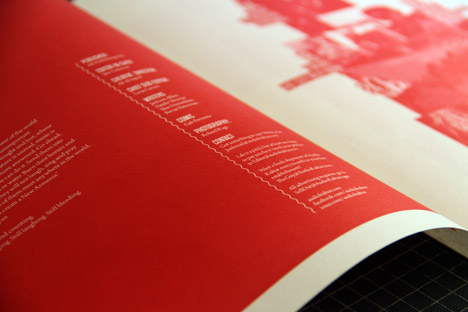 “In Lebanon these contributions have been especially substantial, and a lot of the contributors are friends, colleagues and even family members,” Colacion said. “It’s a community that is really fully integrated into Lebanese society and, with the occasion of the 100-year anniversary, it was a project that our editorial team felt compelled to take on.”

The limited-edition posters and magazine covers are printed with the slogan “still here, still bleeding” in lettering that is elongated in some places. 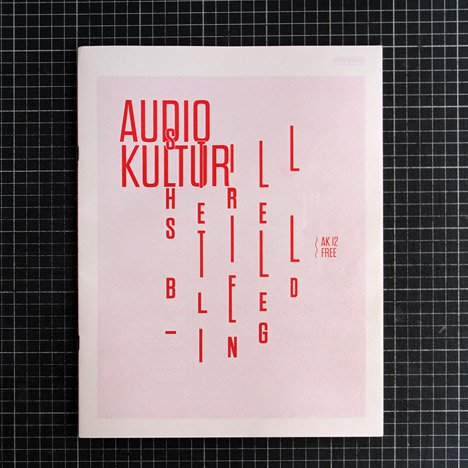 Five Lebanese-Armenians who work in the creative industries each provided a vial of blood, which was mixed with red ink and used to screen-print the graphics.

“The donors were all very taken aback when we approached them,” said Colacion. “I think it holds a significance that is not easy to describe. We heard stories of rape, murder, torture… and of survival. It was a very emotional process in ways none us have ever experienced. Obviously it was a sombre experience, but it was also really inspiring.” 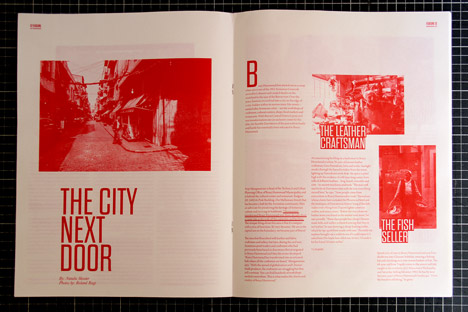 “Everyone was really proud to take part – no one was apprehensive,” he continued. “We really hope that [as a result of the project] people will be be exposed to this very rich culture that was nearly lost 100 years ago.”

Colacion said that the reaction to this project has been almost unanimously positive.

“People have really got behind the project and we’ve been inundated with phone calls, emails and Facebook messages asking where people can get hold of a copy,” he said. “It has been almost overwhelming, as we have had to distribute the magazine several times a day. We’ve received messages from both Armenians and non-Armenians telling us how much the initiative means to them.”

“In Lebanon any issue that could be construed in a political nature tends to polarise people, but we’ve really only been exposed to very positive feedback,” Colacion added.