Agos – Norway’s Prime Minister Erna Solberg’s announcement that she would not be taking part in the commemoration ceremony in Armenia on the Centennial of the Genocide sparked debate. Yet there were citizens of Norway among the witnesses of 1915. Norwegian missionary Bodil Katharine Biørn stood out amongst them.

Biørn was born on 27 January 1871 in the city of Kragerdo in Norway, and in 1905 was sent to the Ottoman Empire as a nurse by the “Women Missionaries Organisations.” Bodil Katharine Biørn first worked in Mezre, a district of Harput, and later in Muş.

Biørn struggled to help widows and orphans by collaborating with the German Hülfsbund missionaries, and in 1915, she witnessed the murder of religious clergy, lecturers and children during the massacres in Muş. Although some Westerners merely ‘observed’ the events in the region during the Genocide, Bodil Katharine Biørn saved the lives of hundreds of Armenian women and children who were left homeless. In 1917, Biørn adopted a two-year old orphan named Rafael who had survived the Genocide, and had her adopted child baptised with the name Fridof Nansen upon her return to Norway.

The notes Bodil Katharine Biørn kept in her notebooks, and the photographs she took hold an important place in the history of the Genocide. One of her most renowned photographs is that of former Ottoman Member of Parliament Papazyan, looking at bones belonging to Armenians in the deserts of Deiz ez-Zor, taken in the 1920s.

Biørn also worked in orphanages in Lebanon and Istanbul, and in 1922, when Fridof was 7, left him at the French School in Beirut to travel to Soviet Armenia and found an orphanage named “Lusaghbyur” in Alexandropol. Although 33 orphans knew her as “Mother Katharine”, the Soviet government halted her work in 1924, upon which she travelled to Syria and helped Genocide victims there until 1935. Biørn passed away in 1960 in Norway.

While Bodil Katharine Biørn was among the most important witnesses of the Genocide, Prime Minister of Norway Erna Solberg stated that Norway would not be represented either at Prime Minister- or Foreign Minister-level; and that the ambassador to Armenia would be taking part in the ceremonies; and she also underlined the fact that relationships with Turkey were more important for her in making such a decision. Baard Glad Pedersen, the Undersecretary of the Prime Minister, had then added that decisions on historical issues should be left to historians.

L.A. County Board of Supervisors calls for end of Artsakh blockade 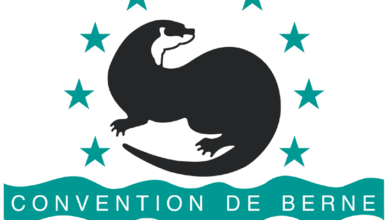 Azerbaijan commencing arbitration against Armenia under Bern Convention: Yerevan says it could have detrimental impact on environment 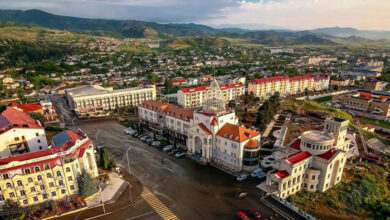