But the European Union said that despite President Vladimir Putin’s shock decision, Brussels will continue internal talks to resolve the problems that Putin blamed for the collapse of the multi-billion-dollar project.

“Russia’s decision to stop South Stream and the way it was taken show why the diversification of the energy sources is important for Europe,” Georgieva, whose native Bulgaria is at the heart of the dispute over the pipeline, told reporters.

“The Commission will closely examine the consequences of this decision and how we can speed up the interconnection of Member States.”

Putin announced on a visit to Turkey on Monday that he was shelving the South Stream pipeline project to deliver Russian gas to Europe, a flagship Kremlin project half a decade in the making.

It was to have bypassed crisis-hit Ukraine, going through Bulgaria, non-EU Serbia, Italy, Austria and then to the rest of the European Union.

But Bulgaria changed its mind on the pipeline in June after the EU said Sofia had breached the bloc’s competition rules by the way it awarded contracts for its leg of the pipeline.

Georgieva, officially the EU’s budget commissioner, said Russia was using this as an excuse amid a growing stand-off over gas supplies and the crisis in Ukraine.

“The Commission has always had a clear position on South Stream, which is that the construction of pipelines should correspond to EU rules,” Georgieva said.

“This position is clear but it is in place for quite some time and it cannot be the reason for this decision” by Russia. 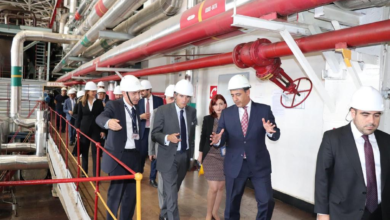