Seyran Ohanyan: It is hard to expect results from Paris Summit

Agreements reached at the Paris summit between the presidents of Armenia and Azerbaijan, Serzh Sargsyan and Ilham Aliev are quite important, still it is too hard to expect any certain outcomes, as we haven’t practiced any certain steps from the sides of our neighbors apart from the words and statements, RA Minister of Defense Seyran Ohanyan stated at a the press conference today.

According to him, the results are only possible in the case of progress with the support of international organizations. The Armenian Defense Minister noted that Azeri saboteurs penetrated into the territory of Artsakh, and who are now under the lawsuit must be punished. In Minister’s words the judicial inquiry is held in accordance with international standards.

Seyran Ohanyan noted that Armenia has always advocated the strengthening of trust, but has always received a negative reaction from the enemy. 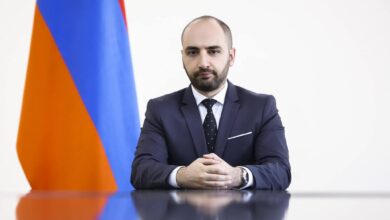