“The casualties and ceasefire violations on the line of contact and the border cause concern, Personal Representative of the OSCE Chairperson-in-Office Andrzej Kasprzyk said in an interview with Trend Agency

Every casualty is a tragedy that can be avoided if the ceasefire is respected fully, according to Kasprzyk.

“Unfortunately, the reports indicate that during the recent weeks the situation has grown more tense and the risk of an escalation should not be underestimated,” Kasprzyk said.

“I and my team have experienced this recent growth in tensions first-hand during recent monitoring exercises, when shots were fired in spite of the fact that local commanders on both sides, using OSCE radio equipment, provided security guarantees to our teams with a clear undertaking that troops under their command would honor the ceasefire for the duration of the monitoring exercise,” Kasprzyk said.

The responsibility to respect the ceasefire rests with the sides, according to the Personal Representative of the OSCE Chairperson-in-Office.

“In Paris, the Co-chairs called on them to fully and unconditionally respect the terms of the ceasefire agreement, and stressed that the recent incidents undermine negotiations and diminish the prospects for peace. Representatives of Foreign Ministries of the three Co-chairing countries just recently issued statements calling for a strict observation of the ceasefire. Discussions about strengthening the ceasefire are continuing, and it will be a subject for talks during the trip of the Co-chairs to the region in the coming days,” Kasprzyk said.

Kasprzyk stressed that the OSCE Chairperson-in-Office, Swiss Foreign Minister Didier Burkhalter said that he was concerned by reports in recent days of deaths and injuries among Armenian and Azerbaijani military personnel and civilians as a result of shooting.

“Burkhalter strongly encouraged the sides to make full use of the valuable opportunity provided by visits by OSCE teams to the border and Line of Contact for direct communication with one another, with a view to reducing tensions,” the Personal Representative of the OSCE Chairperson-in-Office said.

Touching upon the meeting of Azerbaijani and Armenian foreign ministers in French capital, Kasprzyk said that in Paris, the Ministers and the Co-Chairs discussed substantive issues to advance the peace process, building on the November 19 summit in Vienna, which was followed by the December 5 ministerial meeting in Kiev.

“The Ministers reiterated their willingness to continue working towards a peaceful, negotiated settlement. The Co-chairs will follow up on this during their upcoming trip to the region,” Kasprzyk said. 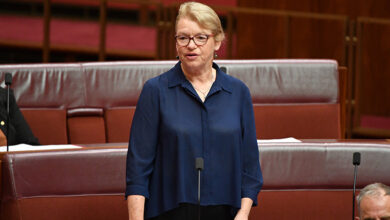