His victory will put Georgian Dream in charge of both the presidency and the government for the first time, a year after it ousted Saakashvili’s cabinet at the polls.

Both exit polls put his nearest rival, former parliamentary speaker and Saakashvili ally David Bakradze, on around 20 percent. Margvelashvili had required only one vote over 50 percent to secure victory outright and avert a run-off.

“It seems that the picture is clear, and the final results will not be much different from the exit polls,” Bakradze said in televised comments.

Accepting defeat, he said: “I congratulate Georgy Margvelashvili on his victory. As the leader of the opposition, I will be ready to work with the new president.” 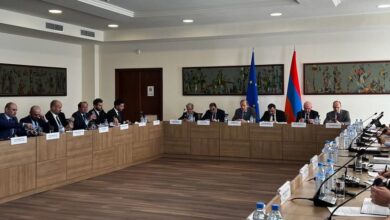