Fourteen of Europe’s endangered cultural and historic sites have been shortlisted for a rescue mission by heritage body Europa Nostra. The list includes two Armenian churches – the Church of St Peter and St Paul in Armenia and the St George Armenian Church in Mardin, Turkey.

A total of 14 archaeological sites, religious buildings, historic city centres, and military fortifications have been shortlisted by Europa Nostra for 7 Most Endangered, a European heritage initiative devised to help save some of Europe’s most threatened places.

The 14, selected by experts from a total of 40 nominations submitted by public bodies and organisations across 21 countries, will be whittled down to seven for the final list, to be announced at Europa Nostra’s 50th Anniversary Congress in Athens on 16 June, The Guardian reports.

The full list of the places in provided below: 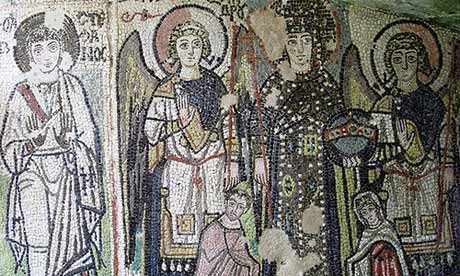 This early-second-century Roman amphitheatre once hosted over 15,000 spectators and yet remained unknown to the modern world until the 1960s (allegedly when a local noticed a tree sinking in his garden). Restoration poses a major challenge: it is currently only partially unearthed and modern housing has been constructed on top of one section. 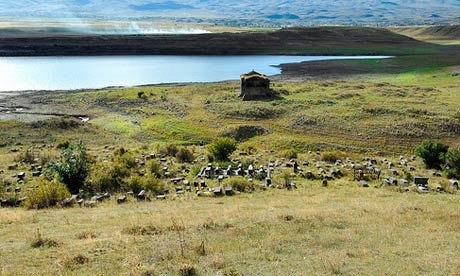 This small, isolated and dishevelled chapel is one of the world’s earliest Christian structures, dating back to the fifth century AD. It is also seriously endangered by regular flooding and needs urgent action if it is to be saved.

Buffer zone in the historic centre of Nicosia, Cyprus 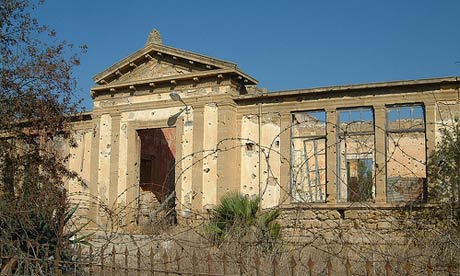 Conservationists from the Greek Cypriot and Turkish Cypriot communities have worked together with the UN to produce a master plan for the revitalisation of the lifeless 1.5 km corridor that crosses the historic city of Nicosia. 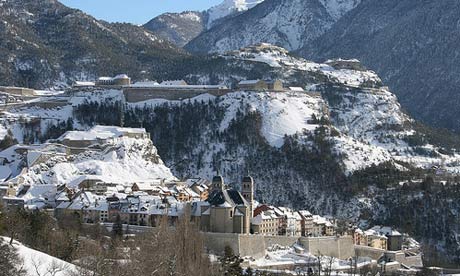 Designed in the 17th century to guard the city, these mountain fortifications have already been given Unesco world heritage status, but they now need further attention to protect them from decay.

These romantic, historically valuable and perfectly functioning gas street lights have been part of Berlin’s cityscape for almost 200 years. Today no other city in the world has preserved gas lights to such a scale. The proposed replacement of gas lights with electric lighting is opposed by the local community and numerous tourists who are strongly attached to the existing lamps.

This grand estate was acquired by the Greek royal family in 1871 as a summer palace, and over the years it has exchanged hands between the state and the monarchy on numerous occasions, earning it a special place in the country’s history. Various royal figures are buried in the adjoining cemetery. Last September, it was reported that the government would be selling it off as part of a “firesale” of valuable buildings in a bid to save the devastated economy.

Said to be one of the greatest remaining 18th-century military fortifications in Europe, this citadel has a rich history linked to the Napoleonic times and the unification of Italy. It is on Unesco’s tentative list of heritage sites. 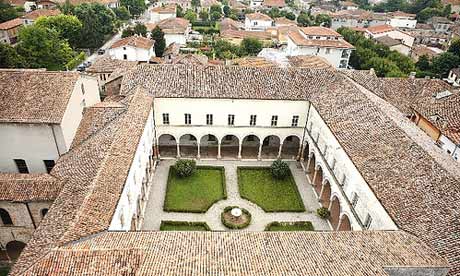 This monastery (circa 15th to 16th century) was heavily damaged by the May 2012 earthquake. Given the historic and artistic importance of this renaissance building, and its impact on cultural tourism in the wider region, the hope is that public authorities will give a higher priority to rescue measures.

Manueline-style monastery and church of Jesus in Setúbal, Portugal

Recognised as a symbolic location in the history Europe, this was the site of the 1494 signing of the Treaty of Tordesillas between Spain and Portugal, which paved the way for Europe’s expansion to the Americas and Far East. The monastery and church are in an advanced state of decay. It is hoped that reparation of the site could become a catalyst for revitalisation of the whole historic city of Setúbal. 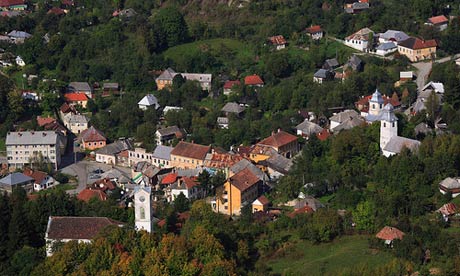 The landscape of Rosia Montana and its surrounding villages has been transformed by mining over three millennia. However, the present open-cast gold mining project would seriously threaten its unique heritage and environment, which includes in situ Roman mining machinery.

This prehistoric site is threatened not only by lack of funds but also by its proximity to the Danube. The site’s basic infrastructure needs to be improved to allow continued excavations, access for tourists and enhanced interaction with the local community. 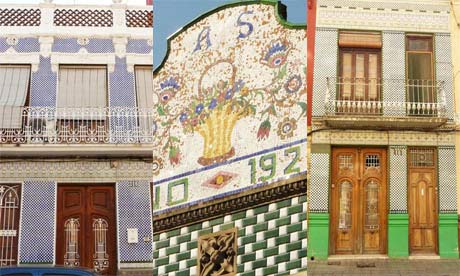 The inhabitants of El Cabanyal-Canyamelar, the old fishermen’s quarter near the port of Valencia, are campaigning to save their homes – some of which have beautifully ornate and character-filled frontages – from destruction caused by a proposed new road project.

This derelict church in the ancient town of Mardin has foundations going back to the fifth century.

Historic city of Hasankeyf and its surroundings, Turkey

If the construction of the Ilısu hydroelectric dam continues as foreseen, 80% of Hasankeyf’s historic monuments will be flooded within the next decade, yet there is no internationally recognised scheme for their conservation, preservation or relocation.