There are no prerequisites to expect any positive developments in the Karabakh peace process in 2013, political scientist Hrant Melik-Shahnazaryan told a press conference today.

According to him, the expectations are connected with the forthcoming presidential elections in Armenia and Azerbaijan rather than the negotiation process. The issue of the conflict and increased tension becomes important in a pre-election period in the neighboring country as it helps ensure some consolidation of the society around the authorities.

“Aliyev will be trying to keep the Karabakh issue urgent at least until the presidential elections to diverge the attention of the public from domestic problems,” Melik-Shahnazaryan said

According to the political scientist, a proof of this was the New Year message of the Azerbaijani President, which was rather a call for war and continuation of the arms race.

As for the negotiation process, expecting any essential progress over the year is unrealistic, he said. The yearend developments showed that the process has reached a deadlock, while the parties and the Minsk Group Co-Chairs are engaged in searching for the guilty.

“I’m suspicious about the assurances of the mediators that they are working out new programs, as all possible scenarios have been discussed over the past twenty years, while Azerbaijan has left no hopes to anticipate any progress in the settlement process,” the political scientist said.

According to Melik-Shahnazaryan, the mediators face an ideological crisis. Azerbaijan’s policy leaves no room for continuing the negotiations from the same point or submitting new proposals.

“However, one thing is clear: there has been an abrupt change in the logic of the negotiation process and it should be the utmost interest of Armenia to make this clear to everyone. If before the extradition of Ramil Safarov the discussions focused on the Madrid Principles, then after his transfer the starting point should be Azerbaijan’s anti-Armenian policy and the ways to counter it,” the expert said.

The political scientist believes that putting an end to the propaganda of hostility will be the priority of for the Minsk Group Co-Chairs in 2013. Instead of global proposals, the discussion will focus on the issue of security of borders or the withdrawal of snipers, he concluded. 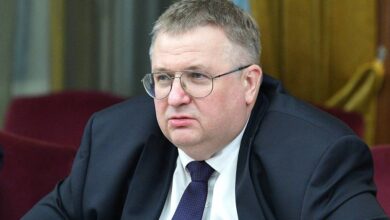 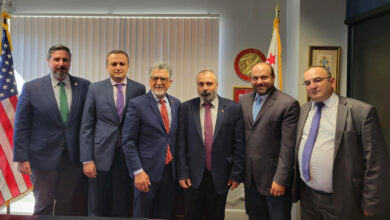